Bison with space to roam

The Toupin-Demontigny family has been raising bison and wapiti on their farm in Rawdon for 26 years. Over the years, the family business has drawn a growing number of foodie tourists.

A hazy sun hangs over the grounds of the Terre des bisons in Rawdon. A canary­yellow house, home to the butcher shop, is surrounded by similar buildings and an intergenerational home, which is still under construction. On the other side of the small road, bison and wapiti are making their way through a series of large pens.

Josée Toupin, one of the co-owners, energetically greets visitors. Her jovial attitude is a contrast to the tranquil feeling of the place, which is only occasionally interrupted by the animals’ muffled grunts.

A native of the Plateau-Mont-Royal neighbourhood of Montréal, Josée wasn’t at all geared for agricultural life. She met her husband at an early age in the Villeray neighbourhood. As Josée’s father had a cottage in Rawdon, she spent many summers there in her youth. In 1985, the couple built a house on a nearby wooded lot to spend their free time in.

In April 1992, Josée and Alain found out that the neighbouring farm was for sale. Their offer to buy it was accepted in less than 20 minutes. The 400-acre property was abandoned and hadn’t been a working farm in 19 years. “We wanted to raise a herd that stayed outside and yielded good, naturally raised meat without hormones or antibiotics. Bison fit the bill perfectly,” she explained.

Although she never imagined that she would be raising animals full-time 20 years later, her family is firmly committed to the business today. Josée’s youngest son, Jean-Philippe, recently earned his degree in agricultural studies and plans to take over the family business. 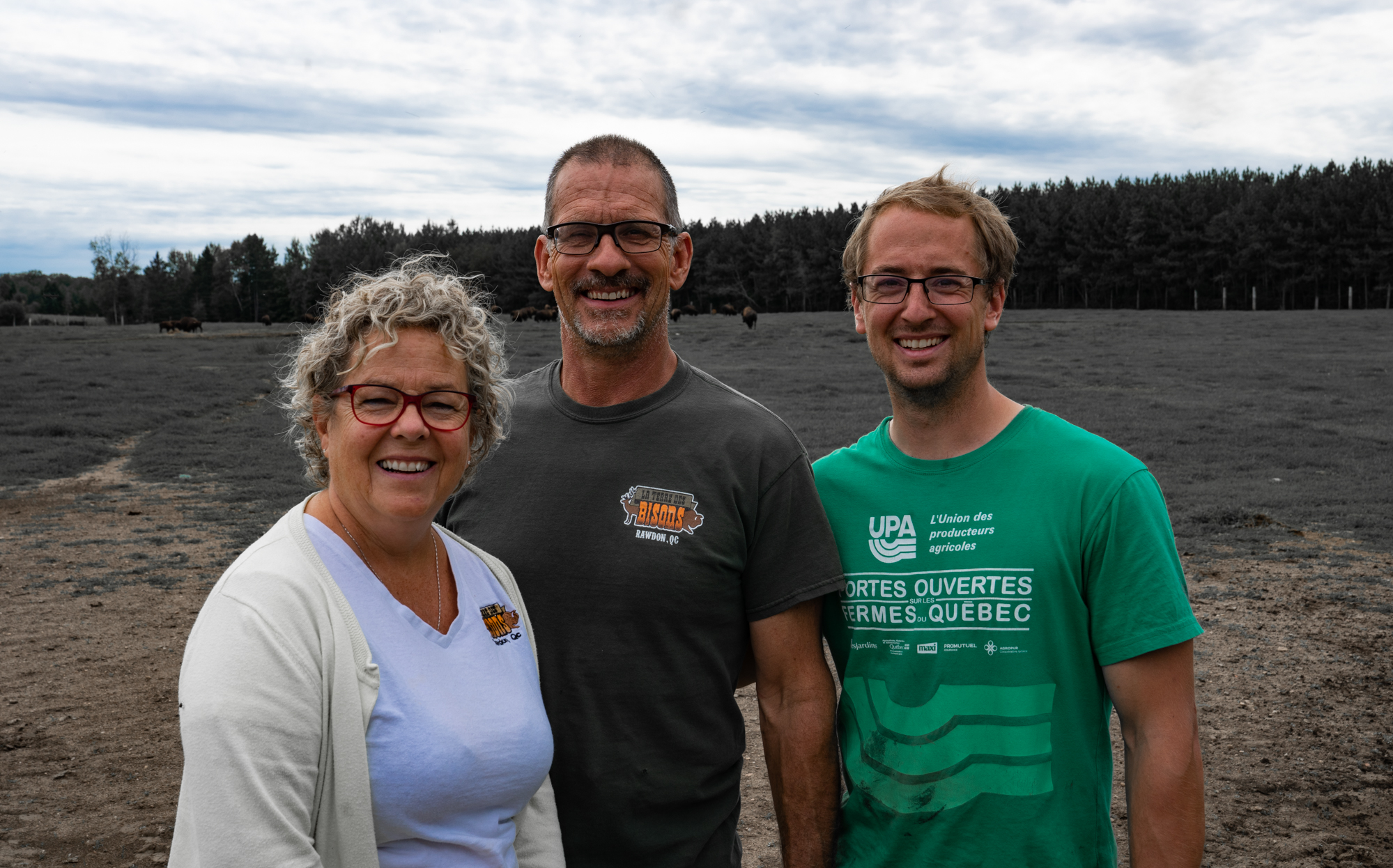 Today, a host of visitors from Montréal, Joliette, Repetigny and the surrounding areas make the trip to buy savoury meat products on site, tour the sprawling pastures where the impressive bison roam or follow the trail near the pens to learn more about these legendary animals.

Agritourism, which combines farmwork with tourist attractions, calls for the right balance of beauty and efficiency. “It needs to look nice, and more importantly, it needs to smell nice,” Josée explained, smiling. “We have to juggle guided tours and maintenance, which requires noisy tractors.”

The painful past of bison

Josée recommended that we start our tour in the Centre d’interprétation sur les grands gibiers d’élevage, a museum that showcases some impressive taxidermy work and is highly informative.

Along a path that culminates with a life-size tepee made from bison hide, we learn about the bison’s tragic and turbulent history, from prehistoric times to the colonization of North America. Other animals, immortalized through taxidermy, such as wolves and wapiti, are interspersed throughout the exhibition. 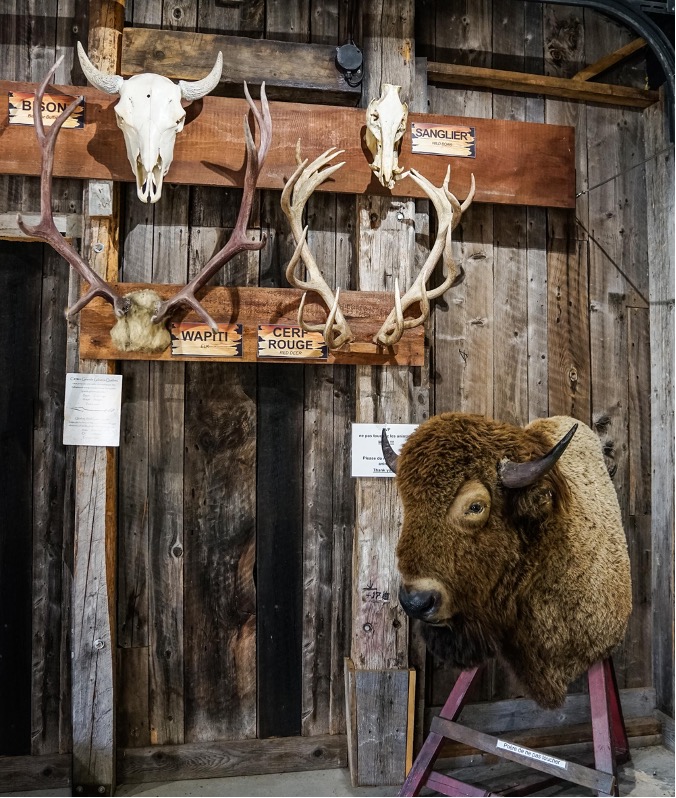 The bison’s rich history is what drew Alain and Josée to this animal. “We were deeply struck by the fact that at one point, there were 50 to 60 million bison on the continent and that after the arrival of white settlers, the race practically disappeared,” said Josée.

Bison are at the core of the history of colonization, as Indigenous people used to hunt them for their survival. When the first white explorers arrived in North America, they began exterminating the species to more easily conquer the territory. By the early 1900s, there were just 700 to 900 bison left on the continent. Fortunately, a handful of conservationists were able to save them from extinction.

Filled with this newfound knowledge, it was time to meet the animals in the flesh. However, it was impossible to enter the pen, as bison can easily charge at humans without warning. We therefore admired the adults and their offspring from a distance.

More than 100 bison live on the farm. On the day of our visit, part of the herd had to migrate to another pasture, a process that takes a lot of preparation. If the animals lose sight of the entrance to their new habitat, they can easily bang into the fences for hours. Luckily, that day, the herd made it to the fresh grass without a hitch in a matter of minutes. 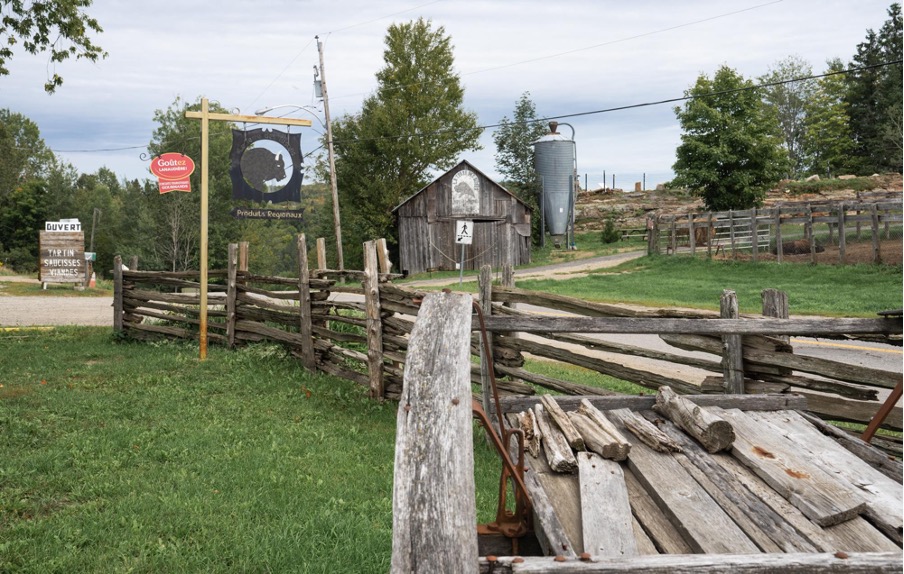 The butcher shop sells a wide range of bison and wapiti products. Bison meat is highly sought after for its flavour, texture and nutritional value. It differs from beef in its slightly gamey flavour and low fat content.

The shop’s freezers are brimming with sausages to try at home, while the shelves highlight the top seller: bison pâté. Similar to creton, this delicious meat spread makes a wonderful addition to cocktail hour, brunch or can be eaten as a snack.

“It’s our trademark,” explained Josée. “In the beginning, we only cooked family recipes with bison beat, and eventually, we adapted my mother’s recipe for creton. It’s both simple and delicious.”

With a full cooler and renewed energy, we took to the road, inspired by this family’s unique journey and their determination to practise one of the most noble professions in the world. 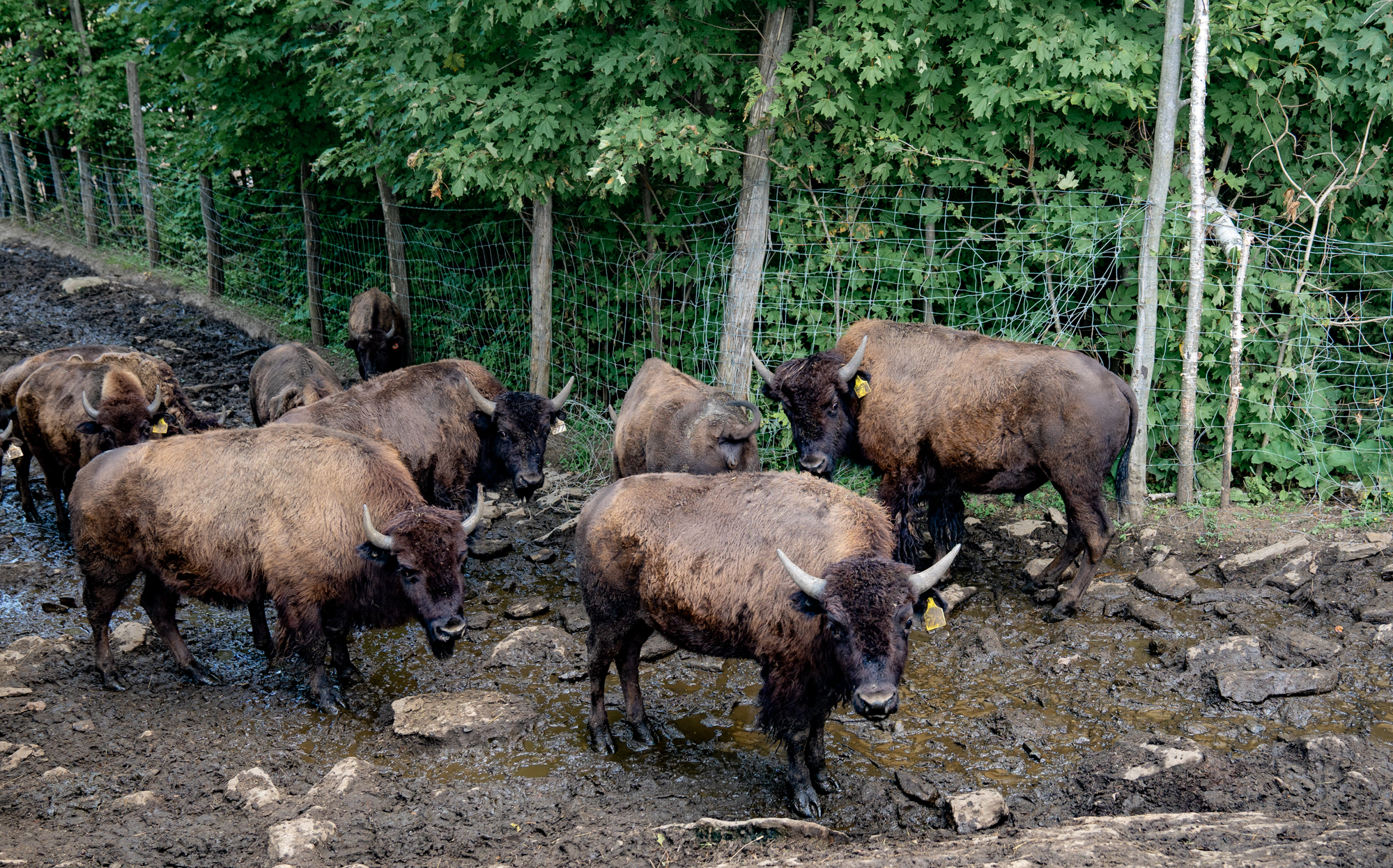